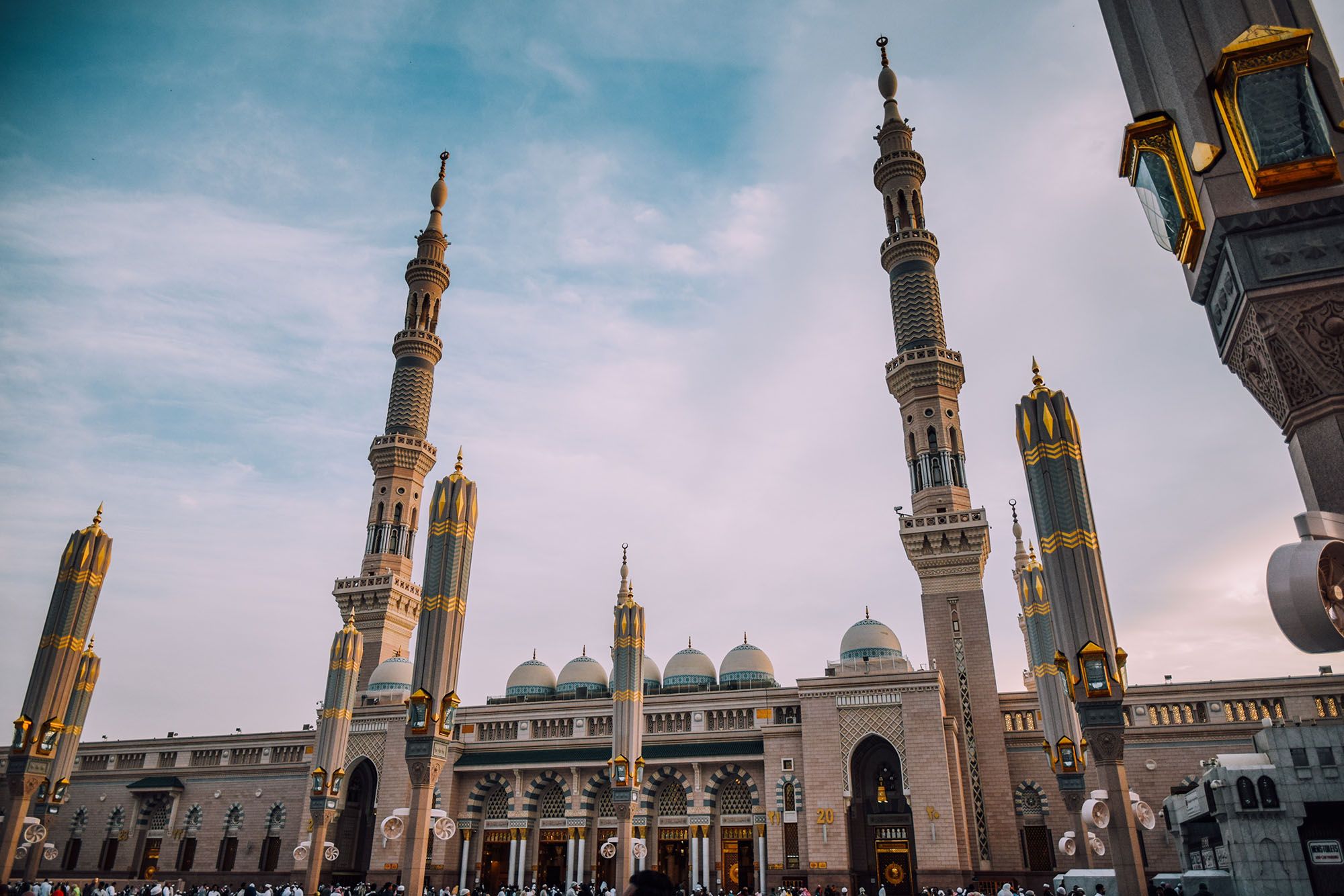 A journey through unknown Saudi Arabia will amaze you with beautiful cultural sites, spectacular nature and warm and welcoming people. See details >

Saudi-Arabia is one of the biggest countries in the Middle East and one of the most mysterious places in the world. With more than 28 million inhabitants Saudi-Arabia borders 8 countries, including Jordan, Oman, and the United Arab Emirates. The country mostly exists out of desert. It is the biggest country in the world without any rivers! Most of the drinking water comes from sewage treatment works and underground water resources. Below the surface an enormous amount of oil can be found. This discovery, dating from 1938, made Saudi-Arabia the largest oil producer in the world.

The Islam finds its origin in this area. The two most important holy places of this religion, Mecca and Medina, can be found in Saudi-Arabia. No wonder the country welcomes many Muslim pilgrims each year.

The country is currently working on massive projects to develop tourism. The capital Riyadh cannot be missed during a visit. Though the city is more than 2400 years old, it is a challenge to find any historic buildings between all modern architecture. Wander around in the corniche and visit the floating mosque in Jeddah, the country’s commercial center. South of Jordan you will find the first UNESCO location of the country, Mada’in Salih in Al Ula, lying in a spectacular valley with sandstone cliffs and palm groves. Wander around the magnificent tombs and learn more about the ancient culture in this desert landscape.

For your adventure to Saudi-Arabia we would gladly advise you. We specialize in custom-made travels and will do our utmost to make your stay unforgettable.

The Middle East boasts deserts, beaches, ancient sites, spectacular mosques, exciting cities and much, much more. Our experts have visited the best of the lot and are on hand to recommend the very best places to visit and things to do throughout the Middle East. Experience it for yourself.