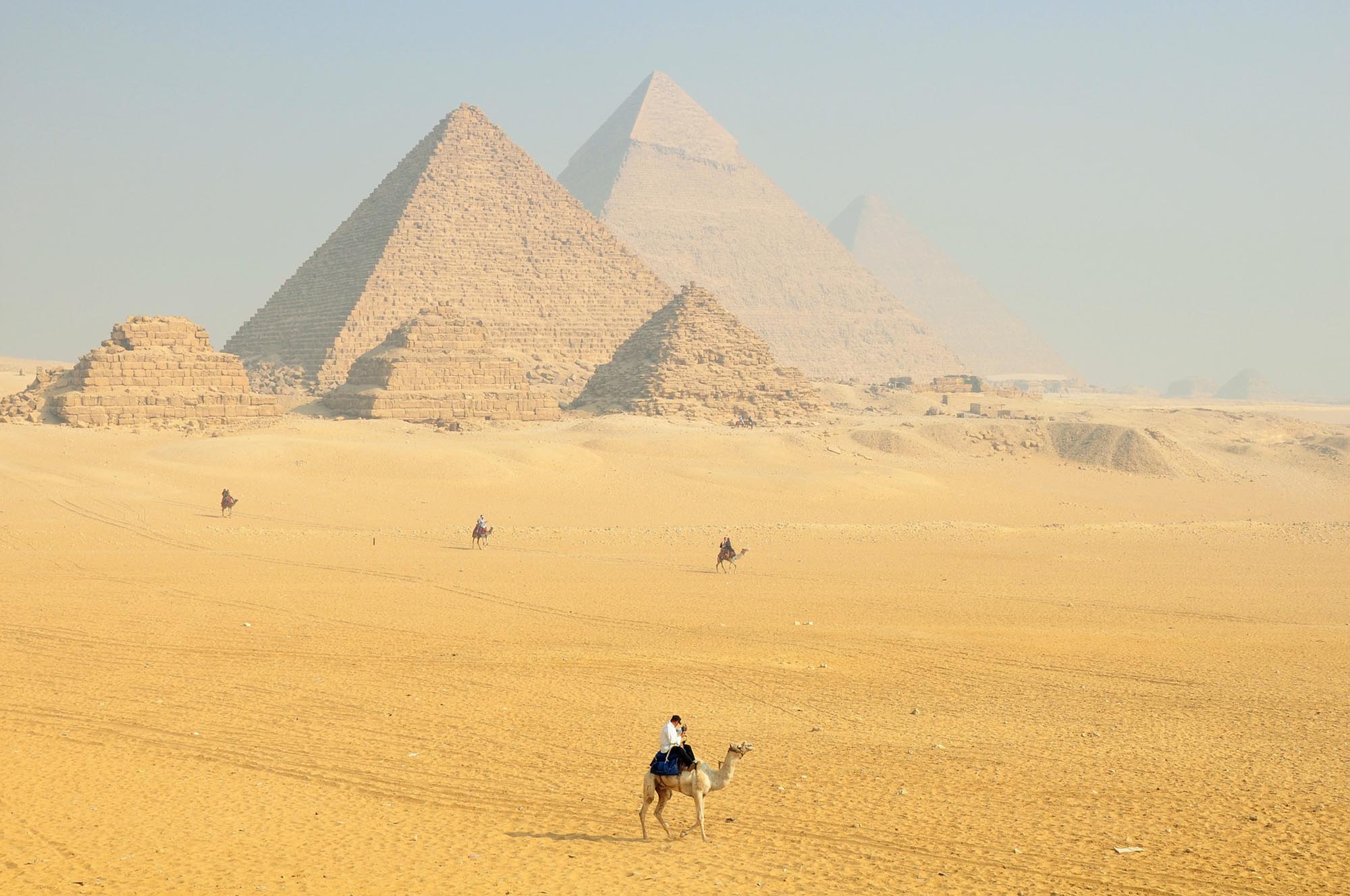 Home Blog The Pyramids of Giza

The Pyramids of Giza

It seems as if time has stood still just outside the city of Cairo. Here you can find the imposing pyramids of Giza. These buildings are extraordinary, mysterious and incredibly famous.

The Giza Pyramids are located about 18 kilometers south of the capital Cairo. These three pyramids are around 5000 years old and built between 2551 and 2472 BC. The construction was commissioned by the Pharaoh’s Cheops, Chefron and Mykerinos. Pyramids were used as graves for Pharaoh’s. 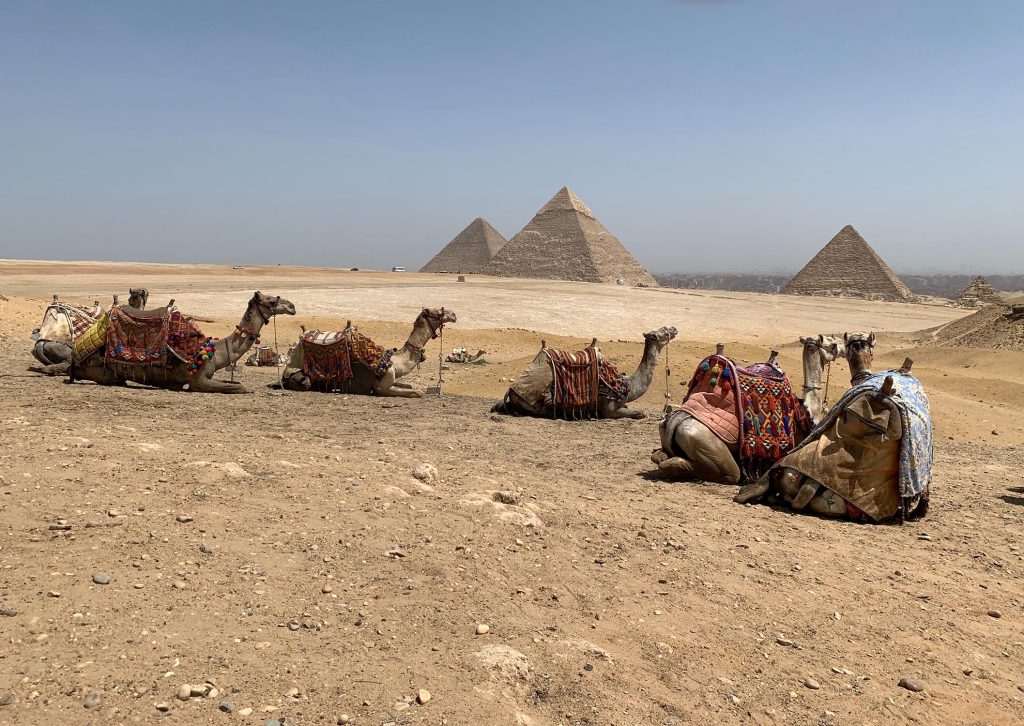 The pyramid of Cheops is the largest of three and the only building of the ancient wonders of the world that still exists. For 4000 years this pyramid was the highest building in the world, with an altitude of 146 meters.

Cheops was the country’s largest Pharaoh in history. He ruled for 35 years over Upper and Lower Egypt in the fourth dynasty. Cheops gave the order to build this impressive building. Construction lasted about 20 years and is suspected that over 100,000 people built on this monument. The pyramid is 146 meters high and 230 meters wide.

The Sphinx of Giza

In addition to these various pyramids, the famous Sphinx of Giza is also located in this area. The Sphinx is one of the largest and most famous statues in the world. The statue was built during the fourth dynasty. It is assumed that the statue started with a lion’s head but Pharaoh Chephren chopped his own head into it over the years. This sculpture is next to the Chephren pyramid and is 36 meters long, 6 meters wide and 10 meters high. This impressive sculpture is also called the guardian of Giza. The statue was dug out by Napoleon in the year 1798. 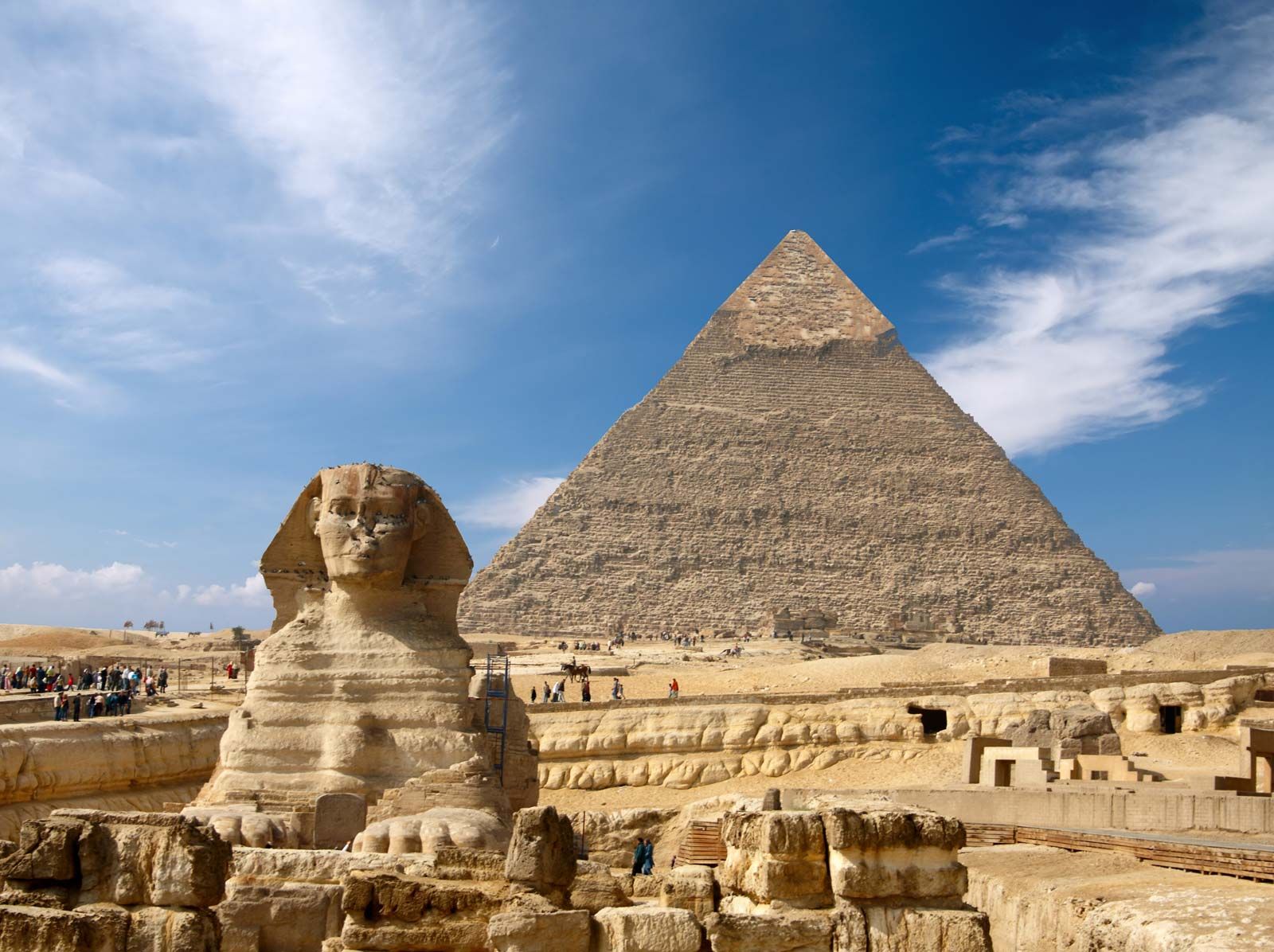 What is the best time to visit the Pyramids?

Because the pyramids are known worldwide, it can be very busy. This makes it the best to visit the pyramids early in the morning. If you want to look inside the Cheops pyramid, we definitely advise you to be early. From 08:00 you can buy tickets to enter the pyramids. The pyramid grounds are open daily between 07:00 and 19:00.

Until today there are many unresolved puzzles and questions among scientists and researchers. It remains a mystery why the pyramids are built in this place and whether this is related to the galaxy. In addition, the holes in the pyramids are a big question mark for the researchers.

See some of the most magnificent monuments and treasures of Ancient Egypt and cruise down the majestic River Nile. See details >

Immerse yourself in ancient history. Sail down the Nile and enter Egypt’s royal tombs. Then visit Jordan’s rose-hued city of Petra and the Dead Sea. See details >

See some of the most magnificent monuments and treasures of Ancient Egypt and cruise down the majestic River Nile. Then experience the epic history and grand archaeological sites in Jordan. See details >

Discover the pyramids, drive through desolate landscapes dotted with medieval villages and cruise down the River Nile. A fascinating alternative route from Cairo to Luxor. See details >

Take time in the historical and cultural centres of Israel, Jordan and Egypt with amazing insight into how life was and is now. An extraordinary blend of culture and relaxation. See details >