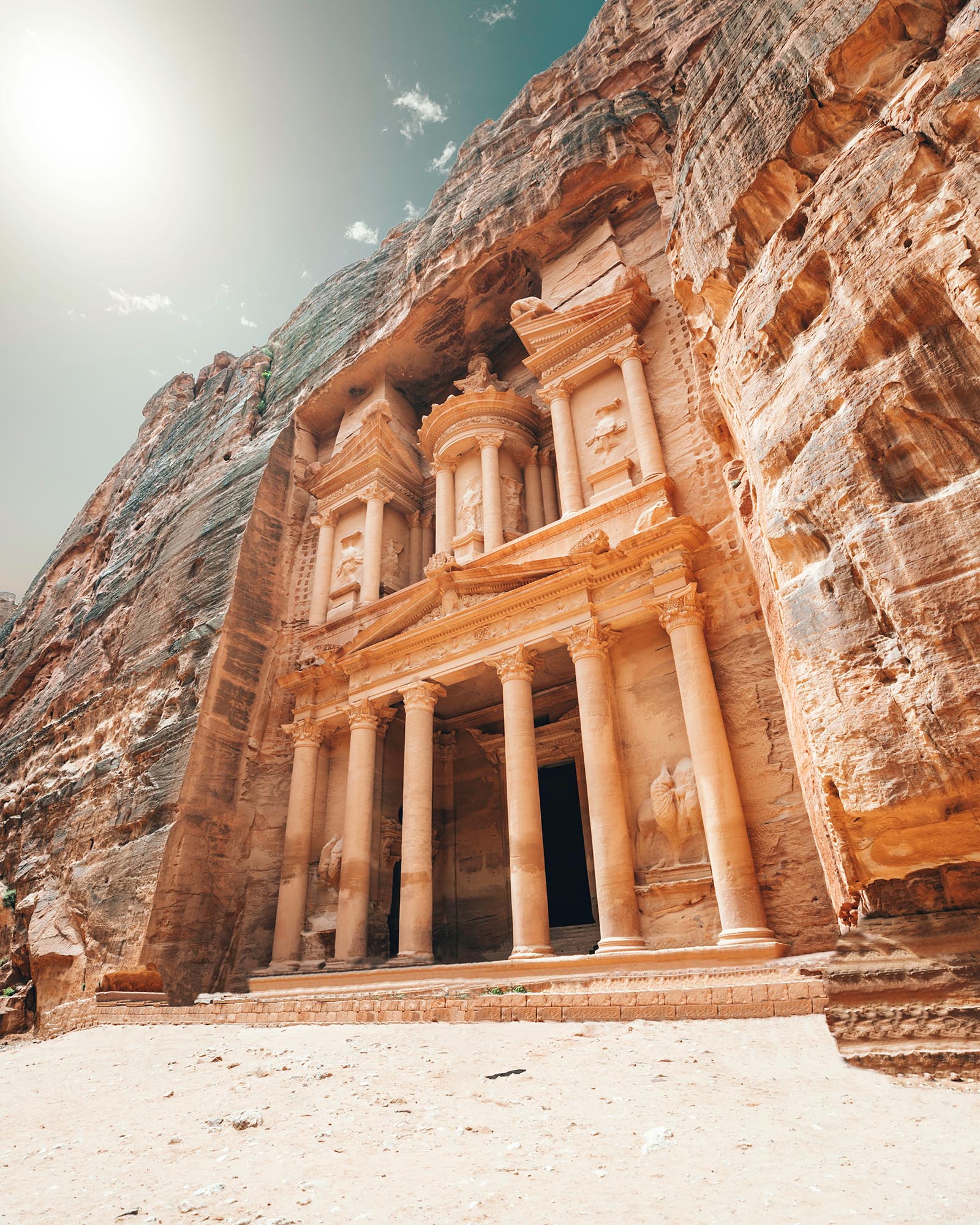 Jordan is located between Israel, Syria, Saudi Arabia and Iraq. The country borders both the Dead Sea and the Red Sea. Its capital Amman is the largest city in the country with around four million inhabitants.

Although Jordan is an old country, it also is a modern Kingdom. Jordan has an extensive history and very diverse cultural and natural sites. Above all, the Jordanian people are very happy to welcome tourists from all parts of the world, which makes a visit to Jordan unforgettable.

Jordan is located in the center of the Middle East and even has a large coastal city which borders the Red Sea. Jordan is also located on the Dead Sea, which separates Jordan from Israel and the West Bank. to the north of the Dead Sea you can cross the King Hussein Bridge to Israel, an important border crossing.

Jordan has been a popular destination among tourists since the 1980’s. Jordan is the stable heart of the region. This makes it a wonderful and safe destination to go to.

THE MOST IMPORTANT CITIES OF JORDAN

Amman is the capital with four million inhabitants, called Philadelphia by the Romans. It was built on seven hills and was already inhabited in 3500 BC. Amman is a lively and modern city where you can visit historical sites and enjoy the sunset at one of the trendy rooftop bars.

Aqaba is the only place in Jordan where you have access to the Red Sea. During summertime it can get very hot here, but in the spring and autumn this is a lovely place for a beach holiday. You can go snorkeling or diving and explore the beautiful underwater world.

Irbid is the second largest city in the country. The city is close to the Syrian border. Nature here is different from the rest of the country. The north is much greener and it can also get a lot colder during winter.

This eastern oasis town is located more than 100 kilometers east of Amman. It features a castle of black basalt stone and two wildlife reserves. Along the way from Amman and Azraq you can visit multiple sand castles. Azraq is not very well known among tourists.

Wadi Musa is better known as Petra, one of the seven wonders of the world. Wadi Musa is the town next to the ancient city of Petra where you can find many hotels and restaurants.

Petra is an absolute must see when you are in Jordan. This beautiful city is carved out of rocks around 600 years BC, when Petra was part of an important trade route. It is a great place to wander around for one or two days.

Wadi Rum (Valley of the Moon) lies in the far south of Jordan, set on a high plateau at the western edge of the Arabian desert. Gargantuan rock formations, rippled sand dunes, and clear night skies create an almost fairy-tale setting across an unpopulated area the size of New York City. This is truly the “reddest” part of Jordan, colored by iron oxide, and by far the most dramatic in terms of landscape.

The Dead Sea is the lowest point of the world. It honors its name because it lacks any sort of life in the sea due to the high salt concentration. Go and float in the dead sea with a good book or newspaper. It definitely will not sink! There are several hotels and resort where you can relax for a few days.

Jerash is a surprise in itself. It is is one of the best-preserved Roman cities in the world. Besides Petra, Jerash is certainly one of the most beautiful sites in Jordan. The complex is very big, with multiple temples, theaters, ceremonial gates and colonnaded avenues. You will travel back in time to when Jerash was an important imperial center.

Madaba is known for the beautiful Byzantine mosaics that have been found here. The most interesting mosaic is located in the Greek Orthodox Church and represents a map of Palestine. Close by you can visit Mount Nebo, from here you have an amazing view of the surroundings.

Our Most Popular Destinations