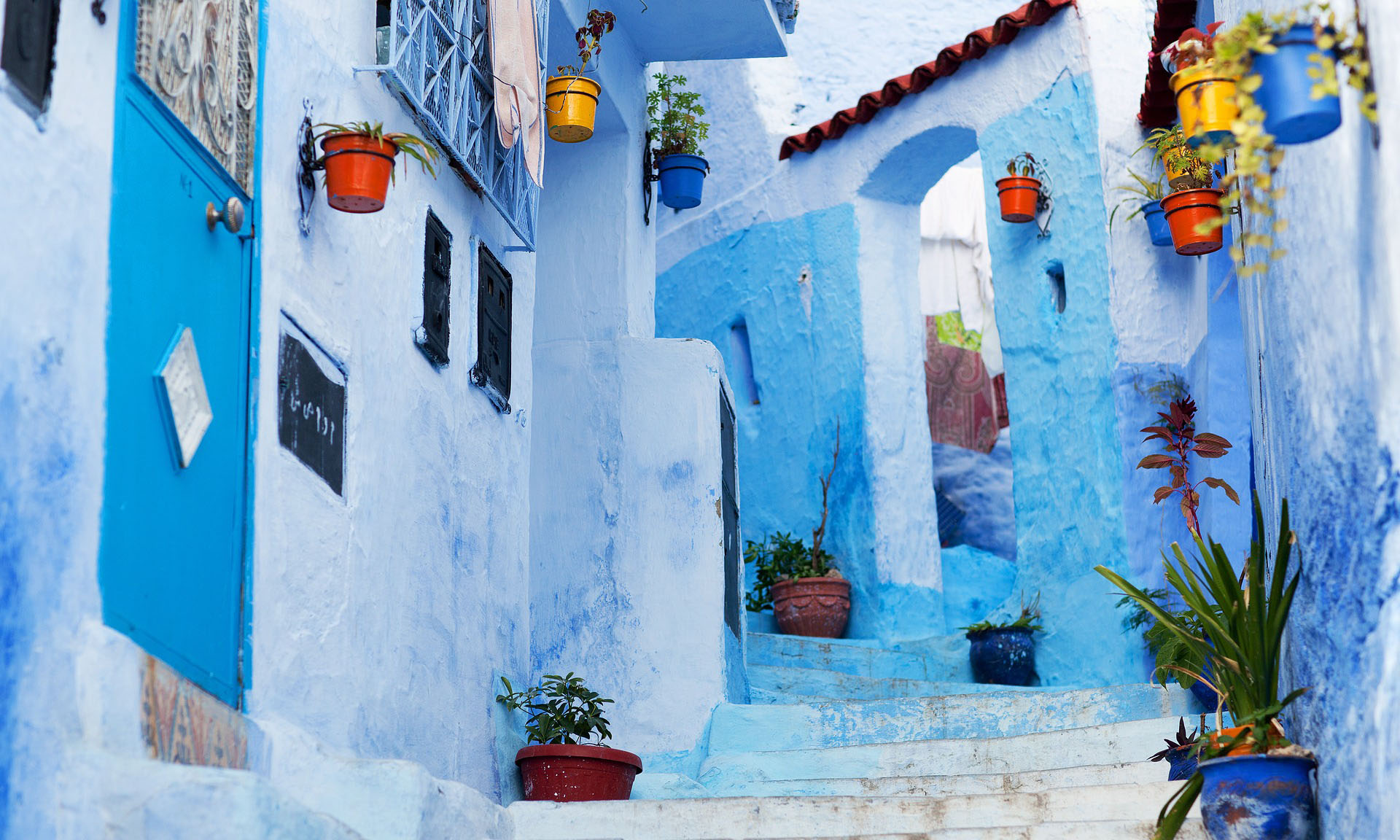 Morocco is an extraordinary country with beautiful landscapes and hospitable people. Travellers can enjoy spectacular beaches, mountain skiing, a delicious cuisine or the beautiful medina. Below you will find a list of the cities you should not miss when visiting Morocco.

THE MOST WELL-KNOWN CITIES OF MOROCCO

Ouarzazate is also called the door to the desert and is located south of the famous Atlas mountains. The small intimate Moroccan town with its oases and mountains in the background is truly breathtaking. Ouarzazate is mainly inhabited by Berbers, the original inhabitants of Morocco. The town is also well known in Hollywood, as the town has been used for several major films such as Lawrence of Arabia, Gladiators, Cleopatra and the TV program Game of Thrones. But this is not the only thing that makes Ouarzazate so special; the town has an abundance of beautiful architectures and has preserved its natural beauty. The village of Ksar, adjacent to the town is a UNESCO World Heritage Site and is truly beautiful. Here you can enjoy the view over the Dades Valley. In the Dades Valley, the fascinating pink city of El-Kelaa M’Gouna is hidden, which is also known as the valley of the roses. The town is famous for its landscape, which consists mainly of Persian roses. Each year the city organizes the roses festival in May. The festival attracts travellers from all over the world who come to enjoy the Berber culture with its delicious food and the scent of roses.

Asilah is a quiet, laid-back fishing town in Morocco, located along the Atlantic coast south of Tangier. In the 15th century, the Portuguese colonized the town, which still clearly shows you the Mediterranean influence. For example, there are many whitewashed houses with striking blue and green accents on the doors and shutters. Paradise Beach has clear blue waters and white beaches. Which makes it a perfect place to relax and enjoy Moroccan culture. Also take time to walk through the narrow, quiet streets of the breathtaking medina.

Chefchaouen is known as the ‘blue city of Morocco’ but is also considered by the locals as ‘the magical city’. This is mainly due to its peace and quiet and beautiful natural water sheets. Chefchaouen has been attracting large crowds of hippies for many years, especially through the visits of Rita Marley, the wife of Bob Marley. Chefchaouen gives you everything Morocco has to offer; Andalusian buildings, winding medina’s, beautiful weather, breathtaking views and the true Arab culture. The primary language in Chefchaouen is Spanish, along with French and Arabic. With its breathtaking waterfall (Ras el Maa) there is plenty to experience in Chefchaouen. Make sure you stay at Hotel Atlas, which offers the best views of the city and has an infinity pool. The Atlas Hotel is located on the top of the mountain, making it the perfect place to relax with a glass of wine at the end of the day.

Of course, Marrakech cannot be missing from this list. Due to its hot climate, Marrakesh is also known as the red city of Morocco. Marrakech is a bustling city with a lot of energy. The city, like many North African countries, consists of 2 parts: the old and the new. This offers a great variety for tourists and locals. If you are looking for luxury in abundance, go to the Royal Mansour hotel. Owned by the king, this private hotel hosts diplomats, dignitaries and international celebrities. Perhaps Hotel Mamounia is more your style, with a renovation that cost around 150 million, it has beautiful gardens and plenty of designer boutiques to feed your shopping addiction.

If you are looking for a little bit less expensive, then go down to the Medina which has a range of Riads and hotels, which both offer comfort and culture. Located in the heart of the souks, with its endless winding streets, there is certainly plenty to do! The local markets, or souks, are full of energy and can be a bit overwhelming. Get to know the authentic way of life and the traders! Do you prefer a quieter shopping experience? Go to Route de Luxor, which has beautiful boutiques and stalls. This is a much quieter area so you can enjoy shopping at a quiet pace.

Marrakech has one of the best nightlives of Africa. It is a city that really never sleeps. You can see everyone, from families to single people, until the early hours of the morning. Be sure to visit Level Five, a beautiful restaurant/bar with a cool roof terrace overlooking the new city. They have some of the most delicious cocktails and incredible DJ’s playing here every night. Or try Fogo de Chao and enjoy Brazilian-inspired cuisine, with live performances from Brazilian musicians and dancers. At the end of the evening you are guaranteed to dance on the table. Then we have the Azar restaurant, which prepares a delicious authentic Lebanese cuisine. Here you can also find more than good food as the evening goes hand in hand with belly dancers and a live Arabic band, another must-see in Marrakech. It is best to attend on a Friday or Saturday, but don’t forget to make a reservation!

Known as the imperial city full of knowledge, Fez is the most important medieval city of the Arab world. Fez seems to be living between the Middle Ages and the modern world. With a maze of alleys, Fes el-Bali is one of the largest no car zones in the world. Fes el-Bali is part of the old town and is the largest medina in Fes with plenty of souks, cafes and great other stalls that will excite all your senses. For years, Fes has been known for his likeness to Paris. The city attracts many couples looking for a romantic getaway.

Tangier is a very special city! It is the only town where you can swim in the Mediterranean Sea and the Atlantic Ocean at the same time. Located on the Strait of Gibraltar, which separates Africa from Europe, Tangier has an important strategic position. Through the centuries it has been under the influence of the Romans, Vandals, Byzantines, Arabs and the Portuguese. It is one of the oldest cities in North Africa. Tangier is a fascinating Moroccan city to visit that has a huge amount to offer.

With its wonderful climate, at least 300 days of sun a year and the 10 km long beach, Agadir has all the ingredients for a successful seaside holiday. Agadir is a member of the exclusive club of most beautiful bays of the world. It houses a marina that can accommodate hundreds of boats. A symbolic date in Moroccan history is 1960. The year a terrible earthquake destroyed almost the entire city. Agadir has been rebuilt two kilometres more southerly and has tripled its population since then.

Are you looking for adventure? Then Essaouira is the destination you are looking for. The town is so diverse that it offers something for everyone. The medina has been declared a UNESCO World Heritage Site and the islands of Mogador, the port and the beaches make this destination simply wonderful. Essaouira is also known for the organization of the annual World Cup of windsurfing and kite surfing. The powerful winds that blow almost constantly in the bay make the city suitable for water sports. The medina of Essaouira, formerly known as Mogador, is a phenomenal example of a fortified city of the mid-eighteenth century with Vauban-style wall and a beautiful crown frame.