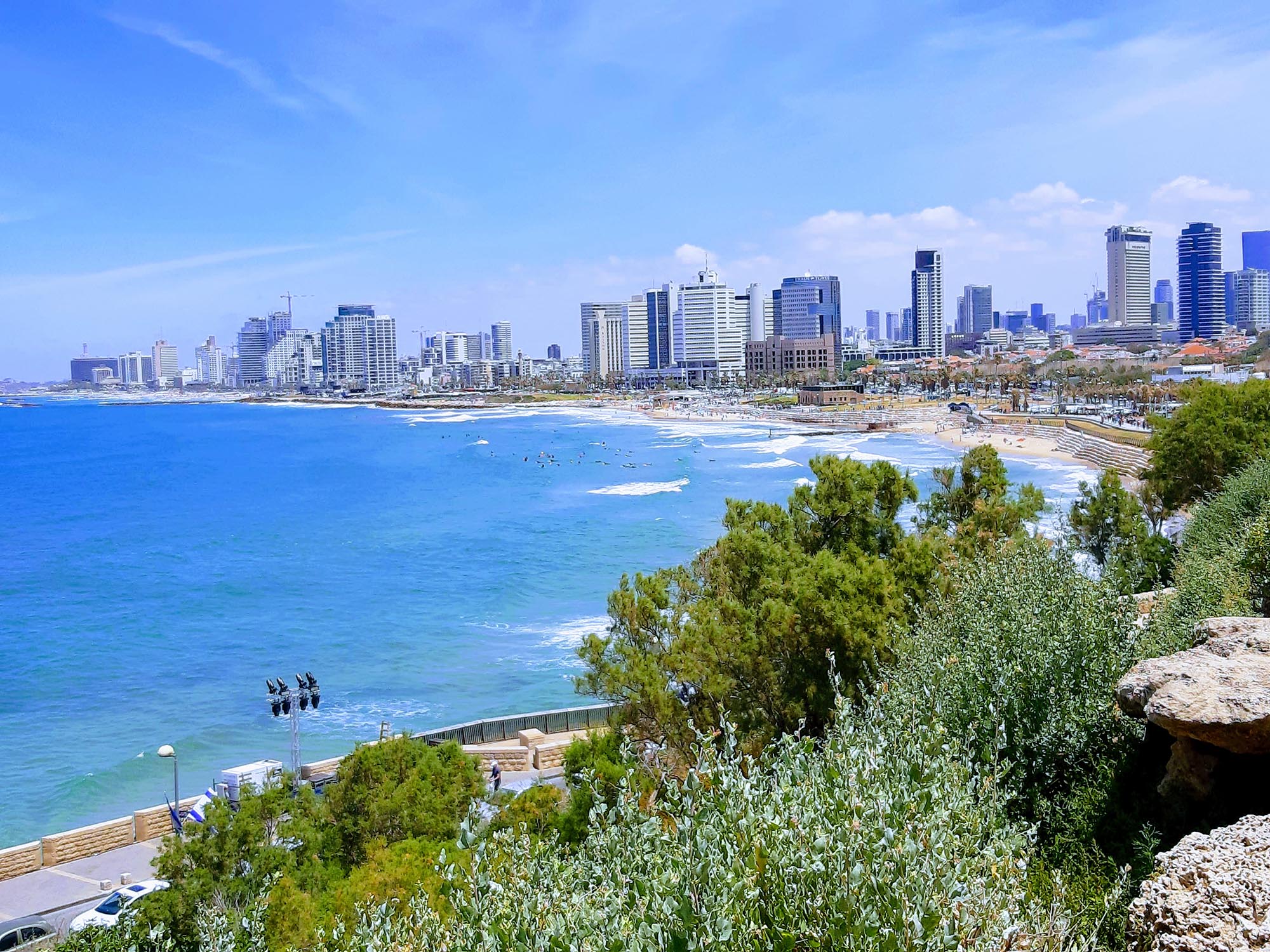 Israel is a democratic republic in the Middle East. With a surface of 20.770 square kilometers, the country is almost half the size of the Netherlands. Israel is elongated with a distance of 420 kilometres from north to south. Because of this, the country’s climate is very diverse. From the Golan Heights covered in snow in the north to the extensive Negev desert in the south, Israel is full of contrasts. You can float in the Dead Sea, which is known for its high salt concentration, and visit one of the many nature reserves. The holy city Jerusalem is the capital of the country. However, Israel is also very well-known for the modern seaside metropolis Tel Aviv. Both cities have a lot to offer.

Israel borders the Mediterranean Sea in the west, Lebanon in the north, Syria in the northeast, Jordan in the east, Egypt in the south and the Gaza Strip in the southwest. The country has about 8 million inhabitants and the official languages ​​are Hebrew and Arabic. The majority of the population, 82 per cent, is Jewish, compared to 14 per cent being Muslim and almost 3 per cent being Christian. The local currency is the Israeli Shekel.

The Negev Desert is located in the south and covers almost half of the country. The Jordan River is the only river of Israel, bordering with Jordan. The best time to visit is from March until May and from September to November.

Jerusalem, the holy city for Jews, Muslims and Christians, is a place where you must have been at least once in your life. Jerusalem is located in the middle of the country, on top of a mountain. It is the capital of Israel with almost 900.000 inhabitants. The city is filled with religious historic sites, but you can also enjoy nightlife here or visit one of the many good restaurants and bars. Explore the Ben Yehuda area and go to one of the parties in the nightclubs.

The main attractions are the Western Wall, also known as the Kotel. The Western Wall is a remnant of the Jewish temple that once stood there. Because this wall was located on the western side of the temple, it is called the Western Wall. The Jewish population has gathered here for prayer since 70 BC. The wall is often used as a festive stage for Jewish events such as Bar Mitzwas. The Church of the Holy Sepulcher is Jerusalem’s most important Christian pilgrimage site, dating from 149 and built in the Gothic style. Jesus is believed to have been crucified and buried at this site. Furthermore, the Dome of the Rock is also an impressive site which can be spotted from far away due to its golden dome. The Dome of the Rock dates from 691 and the walls of this building contain verses of the Quran. Like the Western Wall and the Church of the Holy Sepulcher, this place is of great religious value. At the Dome of the Rock, Abraham is said to have sacrificed his son and Mohammed started his journey to heaven.

Tel Aviv was the first modern Jewish city built in Israel. It is a bustling city due to its diversity and many festive occasions, festivals and a vibrant nightlife. Tel Aviv is the cultural and economic center of Israel. Its history started in the 3000-year-old city of Jaffa. Nowadays, Jaffa is a suburb of Tel Aviv with many art galleries. The narrow streets, old square and fishing port have become a tourist attraction. Gan Ha’Pisga, also called ‘the mountain top park’, holds several restaurants, shops and galleries. There are a few important Biblical sites in Tel Aviv, such as the St. Peter’s Church and the tomb of Tabitha. From Jaffa you can easily reach the beach promenade which leads to the modern part of the city. Here you can go shopping, relax at the beach and have dinner at one of the many exclusive restaurants.

Tel Aviv knows many different architectural movements and styles. The city center, also known as the “white city”, contains the largest group of buildings in the world and is built in the German Bauhaus style, which is characterized by geometric shapes and asymmetry. You will definitely notice this during a walk through the city. In the northwest you will find the port of Tel Aviv, where many night clubs and restaurants are located. Visit one of the local markets in the morning or walk down the 14 kilometer long beach, which makes Tel Aviv very suitable for a beach holiday.

Haifa is the third largest city in Israel. Located on a bay in the north and on the slopes of Mount Carmel, it has breathtaking panoramic views. The almost 300.000 inhabitants practice five different religions but remain to live in peace and harmony. The Stella Maris Monastery, also called the ‘Star of the Sea’, is an important site for Carmelite monks, situated on Mount Carmel. Haifa is divided into three levels: Downtown, (the old city, harbor and coast), the middle city and the upper city. The city has the only metro in Israel called the ‘Carmelit’, which runs from the upper city to downtown Haifa in a few minutes. There are many different architectural styles in the city, the old German neighborhood is a perfect example of this. Haifa has a wide variety of museums, theaters, cinemas, clubs, shopping centers and city parks. In short, the city is dazzling during the day and sparkling at night.

Haifa is less than an hour drive from Megiddo, Acre, Caesarea, Nazareth, Safed and Tiberias, all cities with kabbalistic and Roman heritage. Acre is a colorful, exciting, and historical place. The city holds beautiful old ruins and more bustling tourist sites.