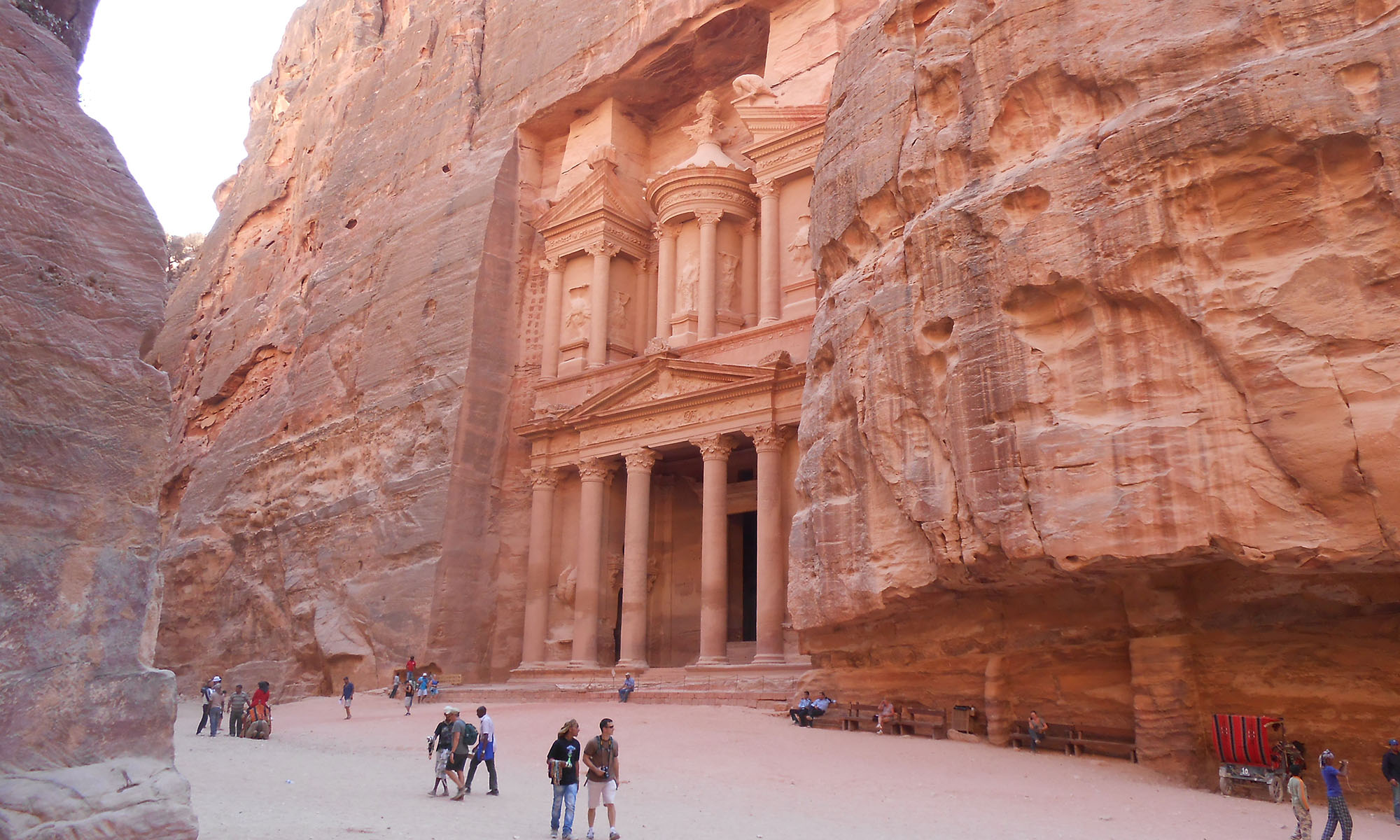 Wonder of the World Petra

Petra is without a doubt Jordan’s most valuable treasure and major tourist attraction. It is a completely unique city made by relatively unknown people: the Nabataeans. It is on the list of the seven new wonders of the world and an absolute must see in real life.

Centuries ago, the Nabataeans built a kingdom hidden in the mountains. They created a unique rock-cut city that would flourish for a long time in this secluded spot thanks to its ingenious water system. The Nabataeans were real art lovers and mixed their own culture with other cultures. For example, they liked to be inspired by the Greek, Roman and Egyptian architectural style. This unique mix of styles is reflected in Petra.

Until today, scientists are discussing Petra’s function. Was it a holy city where the main inhabitants were buried? Or was it a prosperous trading center? Fact is that the Nabataeans used the natural ravines and gorges to sculpture their temples, triumphal arches, tombs and houses.

The city was rediscovered in 1812 by the Swiss Jean Luc Bruckardt and since has become a popular attraction for travelers from all over the world. So much has been excavated that you can wander through the old city for hours. In reality, only 20% of the old city can be seen. Imagine the treasures that are still hidden underneath the rocks!

The most important sights of Petra

You journey through Petra starts at the Siq. This narrow gorge is the former main road to Petra and is over a kilometer long and about 70 meters high. The most beautiful part of the walk through the gorge is the last part when you walk to the most famous monument of the city: The Treasury. 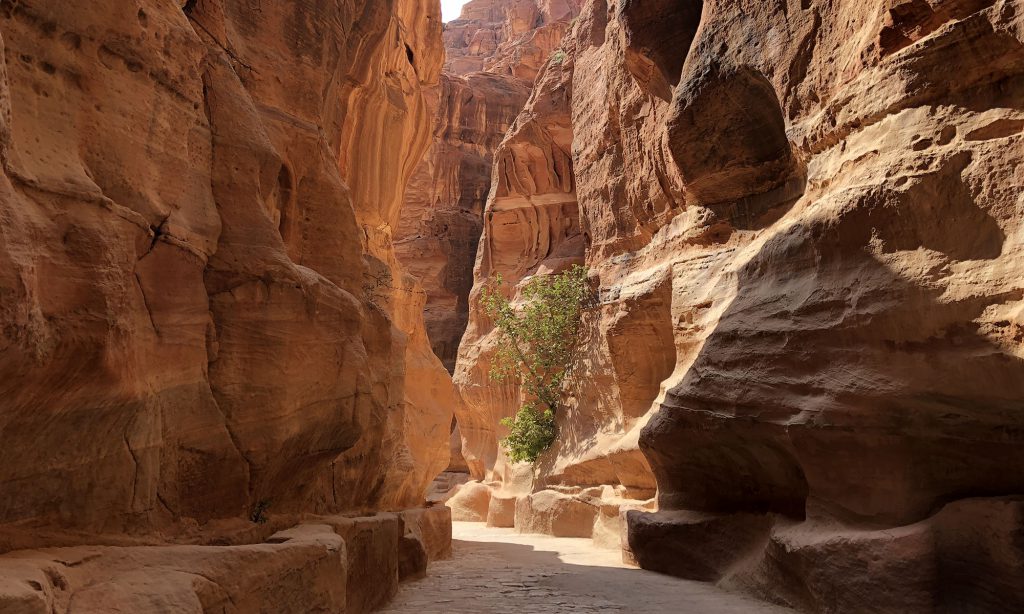 The most famous and photographed monument of Petra is without doubt the Treasury of the Pharaoh. It is about 40 meters high and has imposing columns, niches and pillars. People always thought it was a temple, but recent research has shown that it is a royal grave. 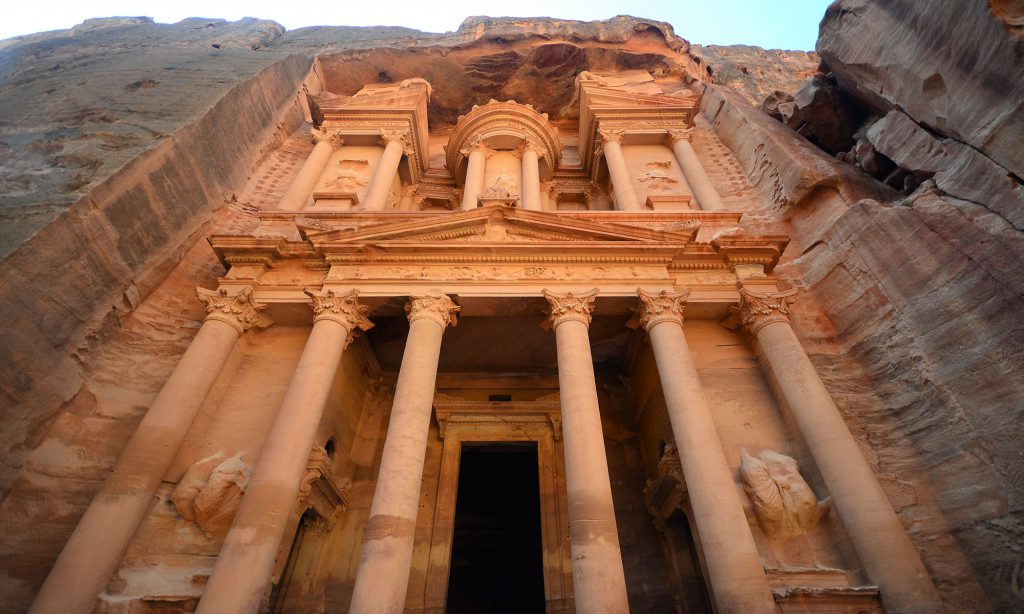 The Monastery is the largest monument in Petra and probably was a temple. This monument is located on a mountain, an hour and a half walk from the treasury and famous for its location and architectural style. In terms of design, the monastery is comparable to the treasury, but larger. The door itself is already eight meters high. 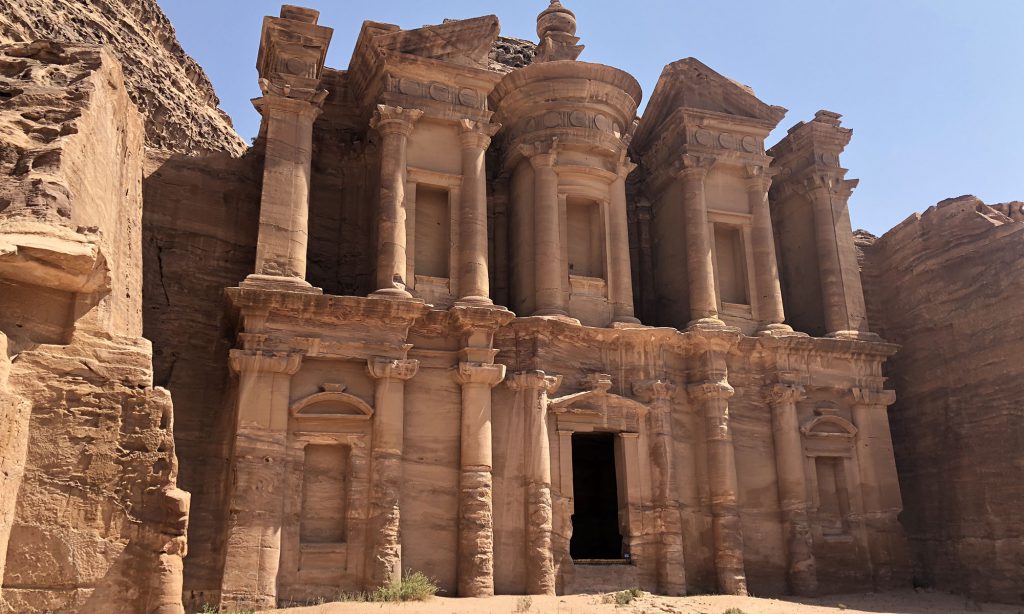 These gigantic monuments probably served as tombs for the various kings of the Nabataean Empire. The monuments are huge, but due to wind and rain, parts of the facades and pillars have crumbled. 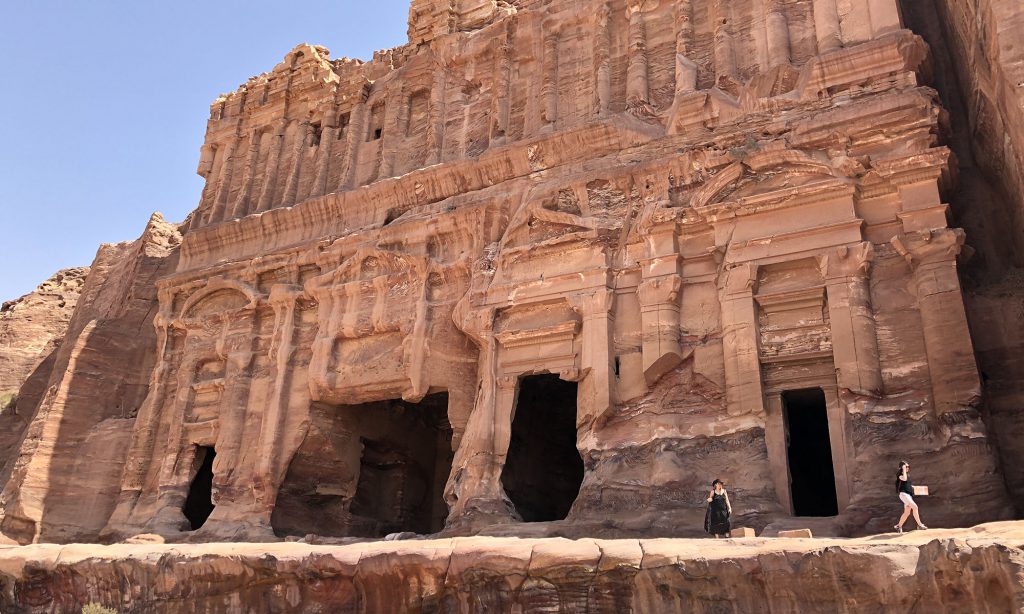 This was the main road of Petra which probably contained important buildings such as palaces, bathhouses and temples. The exact buildings are unclear, since most of it has been destroyed. A lot of research is still being done in this part of Petra. 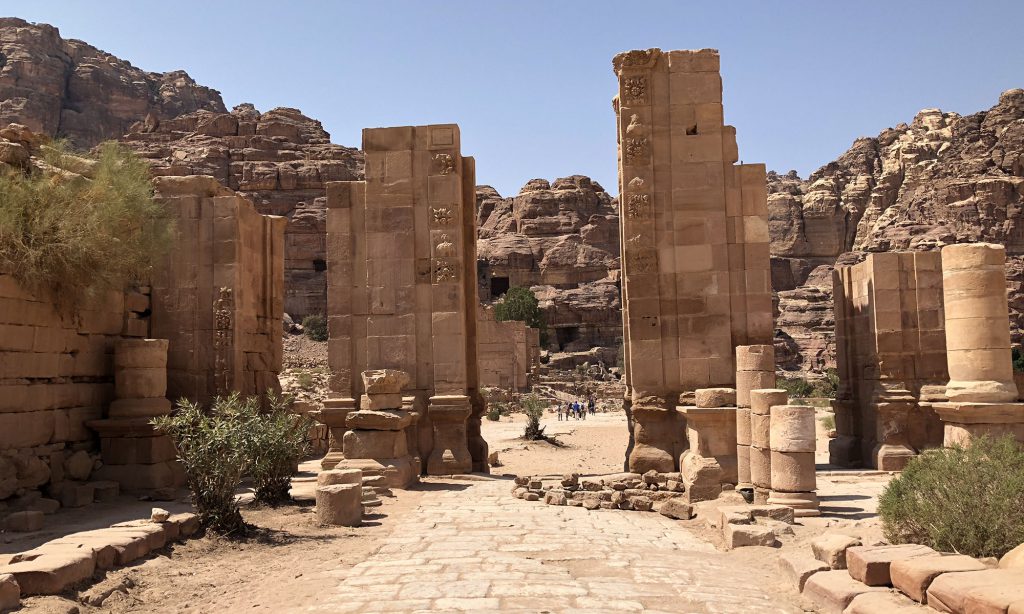 Do you want to discover Petra in a unique yet unknown way, unlike all other tourists? Then start with our backdoor hike! This walk is always accompanied by a local Bedouin guide and can exclusively be booked through us. Want to know more? Please contact us without any obligation.

Discover the capital Amman, float on the mineral rich waters of the Dead Sea, admire Petra and sleep in a luxury camp in the Wadi Rum. See details >

Discover Jordan’s mix of secret history and accessible charm. Travel along the King’s Highway from the mystical Dead Sea to the beautiful city of Petra. See details >

Explore the ancient archaeological sites of the Amman Citadel and the Greco-Roman city of Jerash. Admire the awe-inspiring Petra and Wadi Rum, and float on the Dead Sea. See details >

Admire the awe-inspiring Petra and Wadi Rum, and float on the Dead Sea in Jordan. Delve into fascinating Jerusalem, Jaffa and Tel Aviv in Israel. See details >

Jordan packs an impressive punch in terms of history, culture and scenery. On this luxurious trip you will explore some of the highlights including Jerash, Petra, Wadi Rum and the Dead Sea. See details >

Immerse yourself in ancient history. Sail down the Nile and enter Egypt’s royal tombs. Then visit Jordan’s rose-hued city of Petra and the Dead Sea. See details >

See some of the most magnificent monuments and treasures of Ancient Egypt and cruise down the majestic River Nile. Then experience the epic history and grand archaeological sites in Jordan. See details >

Explore two countries bursting with history and heritage, much of it undiscovered by the wider world. From the ancient Roman ruins of Baalbek to the city of Petra, the eighth wonder of the ancient world. See details >

Take time in the historical and cultural centres of Israel, Jordan and Egypt with amazing insight into how life was and is now. An extraordinary blend of culture and relaxation. See details >